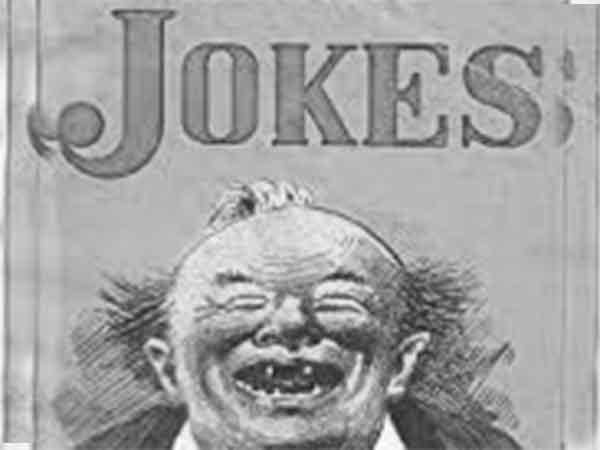 The oldest Scuba Diving Jokes in the world

This page in various versions has been around since my very first scuba diving website.
The jokes here (and the graphics) are shamelessly retro.
Enjoy this for what it is, just a little bit of old time fun.

If Microsoft made dive gear

Useless tips would show up on your dive computer every time you turn it on.

None of your new gear would be compatible with any of your old stuff.
When you called Microsoft to schedule a dive trip, you would be left on hold for a long time, and when you finally talked to someone you would be given a lot of information on diving that was absolutely correct but completely useless.

Every dive computer would be from Microsoft and any accidents from them would be explained as a “beta version” problems. “Don’t worry, we’ll fix that in the next release”

Every time you were really close to your destination, your boat would crash.
Your air supply would stop and have to be restarted every couple of minutes and you would accept this as normal.

“We can make you a really good deal if you know something about boat engines.”

“Don’t worry about the currents, if we don’t find you I’m sure Search and Rescue will.”

“That whale shark pictured in our brochure is the only one we’ve seen in 20 years of diving here.”

“No, we don’t have a shark dive, but we do feature a Portuguese man o’ war encounter.

A Story of Two Prawns

Far away in the tropical waters of the Caribbean, two prawns were swimming around in the sea. One called Justin and the other called Christian.

The prawns were constantly being harassed and threatened by sharks that inhabited the area.

Finally one day Justin said to Christian, “I’m fed up with being a prawn; I wish I was a shark, and then I wouldn’t have any worries about being eaten.”

A large mysterious cod appeared and said, “Your wish is granted” Lo and behold, Justin turned into a shark.

Horrified, Christian immediately swam away, afraid of being eaten by his old mate.
Time passed (as it does) and Justin found life as a shark boring and lonely. All his old mates simply swam away whenever he came close to them.
Justin didn’t realize that his new menacing appearance was the cause of his sad plight.

While swimming alone one day he saw the mysterious cod again and he thought perhaps the mysterious fish could change him back into a prawn.
He approached the cod and begged to be changed back, and, lo and behold, he found himself turned back into a prawn.
With tears of joy in his tiny little eyes Justin swam back to his friends and bought them all a cocktail.
(The punch line does not involve a prawn cocktail – it’s much worse).

Looking around the gathering at the reef he realized he couldn’t see his old pal.
“Where’s Christian?” he asked. “He’s at home, still distraught that his best friend changed sides to the enemy and became a shark”, came the reply.

Eager to put things right again and end the mutual pain and torture, he set off to Christian’s abode. As he opened the coral gate, memories came flooding back.

He banged on the door and shouted, “It’s me, Justin, your old friend, come out and see me again.” Christian replied, “No way man, you’ll eat me. You’re now a shark, the enemy, and I’ll not be tricked into being your dinner.”

How to avoid shark attacks

Dive with a briefcase. Shark may mistake you for an attorney and leave you alone out of professional courtesy.

Dive with a buddy who can’t swim as fast as you can.

You are in a dive boat and one of the divers, an attorney, falls in the sea.

What do you throw him for him to hold onto?

How To fail your Open Water Course

Tell your instructor you will race him to the surface.

Loudly proclaim that safety stops are for “wussies”.

Spit in your wetsuit and pee in your mask.

Tell your instructor there is no way you can lift a cylinder with 2,000 pounds of air in it.

When asked for your dive plan, you hand over a bundle of travel brochures.

This man is stranded on a desert island, all alone for ten years.

She comes up to the man and she says, “How long has it been since you’ve had a cigarette?”
“Ten years!” he says.

She reaches over, unzips this waterproof pocket on her left sleeve and pulls out a pack of fresh cigarettes.
He takes one, lights it, takes a long drag and says, “Man, oh man! Is that good!”

Then she asked, “How long has it been since you had a drink of whiskey?
He replies, “Ten years!”

She reaches over, unzips the waterproof pocket on her right sleeve, pulls out a flask and gives it to him. He takes a long swig and says, “Wow, that’s fantastic!”

Then she starts unzipping the long zipper that runs down the front of her wet suit and she says to him, “And how long has it been since you had some REAL fun?”

And the man cries out, “My God! Don’t tell me you’ve got a set of golf clubs in there, too!”

What part of this did you understand?

You couldn’t make it to class because your what died?

I see……, you just forgot to mention the epilepsy.

Yes, I know you were scared, but don’t ever bite me again!

You should’ve been here last week, the vis was great.

You didn’t see the whale shark?

You don’t want to do the buddy breathing because you have what!

Welcome to the food chain folks, you are no longer on the top!

Leave your email and get notified about new articles

Originally from the UK, I retired and moved to St Kitts in 2007.
After teaching Scuba in the UK I continued in the somewhat warmer and clearer water of the Caribbean.
As a Padi Master Instructor, Padi has credited me with over 2,000 diving students and I have received the Padi Elite Instructor award every year since the scheme started in 2013.
For fun I dive Sidemount and I am a TDI Technical Diver.

We use cookies to ensure that we give you the best experience on our website. If you continue to use this site we will assume that you are happy with it.OkPrivacy policy