Articles about Reefs and Marine Life

Improve your knowledge about the environment we dive in 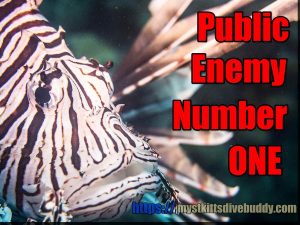 The Lionfish is originally an Indo-Pacific species that has migrated to the Atlantic and the Caribbean. This makes them an invasive species that is causing major problems as far north as Rhode Island USA and as far south as Brazil.
Lionfish now cover the Gulf of Mexico, the Caribbean and all the way down to South America.

Scroll back to top
We use cookies to ensure that we give you the best experience on our website. If you continue to use this site we will assume that you are happy with it.OkPrivacy policy